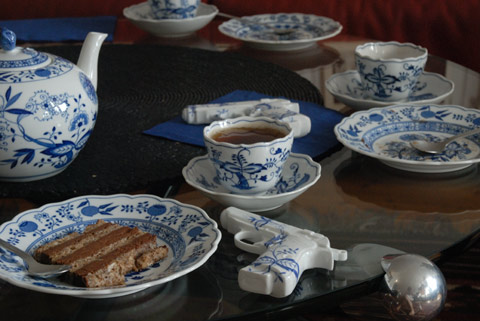 The Consumer Product Safety Commission has apparently decided that they don’t feel like holding the bag for Nancy Pelosi’s inability to write a functional consumer protection bill: END_OF_DOCUMENT_TOKEN_TO_BE_REPLACED

…who has an opinion on layout and whatnot? For example, I know that recent comments would be helpful, but it takes up space. So would, and so does, monthly archives.

…are actually useful. Lukewarm touch? Molten lava. Ultra short range teleportation? That’d get you through a window without opening/breaking it, no problem at all. Complementary Chameleon? Air Search and Rescue will hire you on the spot.

Superuseless Superpowers
is a pretty cool site. I look forward to seeing more of these.

Update: Professor Caleb from comments is disputing my argument on the teleportation thing, and he’s even got a diagram, so it must be Science!;

I personally think that the entire thing can be explained away mathematically if you assume that the thing being teleported is defined as being one-dimensional. Yes, yes, yes: “assume the cow is a sphere.” Clearly I need to read Fear of Physics.

The Democrats have made it clear that they don’t give a tinker’s dam about Rep Rangel’s numerous ethical lapses, as even this Politico article makes clear (via Instapundit):
END_OF_DOCUMENT_TOKEN_TO_BE_REPLACED

(H/T: Technomancy for Fun and Profit)

Quick background: last year, USMC Sgt. Michael Ferschke was killed in Iraq while conducting door-to-door searches. He left behind his Okinawan-born, pregnant wife Hotaru Ferschke, who he had married a month before by proxy; and, of course, there were problems with her visa. Wizbang wrote about it here and here; Senator Lamar Alexander‘s (R-TN) office has been working on getting this fixed from the start, of course (I understand that some other (Tennessee?) lawmakers also assisted, but I couldn’t find details); between them and the USMC, they’ve made arrangements for Mrs. Ferschke to enter the country on a temporary visa, now that her son is born (more here).
END_OF_DOCUMENT_TOKEN_TO_BE_REPLACED

…out there; and this is how they perceive the second Star Wars

I have to listen to this Schoolhouse Rock

song every so often.

I’m not sure why.

Via Glenn, here’s their first and last paragraphs, with my executive summary in the middle:

PRESIDENT-ELECT Barack Obama came to The Post editorial board yesterday with two messages sketchy on details yet reassuring in approach: a commitment to fiscal discipline, and a determination not to be bound by liberal, or indeed any, orthodoxy.

[snip of the President-elect not answering their questions about what he plans to do about controlling the budget, determining what financial sacrifices need to be made, when – or if – Card Check will be passed, what changes – if any – will be made to our current detainee system, and whether all of this means that he’s a centrist.]

Mr. Obama’s indications of ideological flexibility are rather abstract at this point; he has not yet been called on to make the kind of difficult choices about which he speaks so eloquently. But his transition has sounded all the right themes, and, if yesterday’s session is any guide, his presidency promises to begin on the same hopeful, pragmatic note.

For my response, here’s an Isaac Asimov

“That,” replied Hardin, “is the interesting thing. The analysis was the most difficult of the three by all odds. When Holk, after two days of steady work, succeeded in eliminating meaningless statements, vague gibberish, useless qualifications – in short, all the goo and dribble – he found he had nothing left. Everything canceled out.

“Lord Dorwin, gentlemen, in five days of discussion didn’t say one damned thing, and said it so you never noticed. There are the assurances you had from your precious Empire.”