Anyway, I have the originals in print, and it’s a tight series; you’ll like it.  It’s also an alternate of the original timeline, mind you: no assassination of the Emperor, no collapse of civilization, and no New Era stuff.  So it might be a little odd-looking to any real grognards perusing it…

Ulthar Press’s “Pickman’s Gallery” anthology. It’ll be coming out next February.  The story in question is called “Pickman’s Model” — why, no, I am completely dead to shame — and it would be lovely if people picked up a copy of this book, when it comes out.  Or even gave it a nice review on social media, once they’ve read it. I can’t speak to the other stories, but they must be equivalent in quality to mine; and my story is of course absolutely awesome.

PS Trust me: when this book has ordering information I will absolutely tell you what it is.

King David’s Spaceship was written by the, alas, late Jerry Pournelle; and if you have not read it, it is an excellent story that manages to incorporate espionage, medieval-era combat, and interstellar travel into a seamless mass that only looks easy when you’re not trying to duplicate the trick. Not his best-known work, but I think that I read this before I really got into anything else that Pournelle wrote. Go check it out; I wonder where my own copy is.

And so, adieu to Golden Age and Other Stories.

Jerry Pournelle was 84. He was also one of the greats of science fiction: we shall not see his like again. My condolences and prayers for his family and friends. 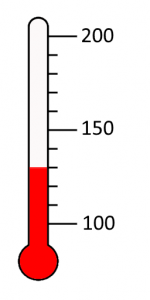 It being September, I think that it is a marvelous time to start really pushing the Patreon every day. Short version of Patreon: give me money, I give you original fiction and gaming material.  The more I make, the more you get. And it can all be yours for as little as one dollar a month!

The plan is to boost the signal a bit, so I’ll be showcasing some of my stuff, enticing with some more of my stuff, and in general riding that thin line between banging-the-pot and being-a-nuisance. Right now the goal is to reach the $200/month goal, which will result in subscribers getting a 3,ooo word short story every month.  Seriously, this is an amazing bargain. Tell your friends! Heck, tell your enemies and pretend that it’ll hurt your feelings if they subscribe. I’m not proud.

Today’s story being showcased is “Lay My Bones Next To Jimmy Hoffa’s.” It’s available for free over there, so check it out.  I am rather pleased with how it came out.

Golden Age and Other Stories is Naomi Novik’s collection of stories from her Temeraire series. It’s an interesting collection of alternate takes, short vignettes, and “Dragons and Decorum,” which is absolutely worth the six bucks to any of my readers who enjoy both Napeolonic Wars stories involving dragons AND the works of Jane Austen.  …Yes, that story is exactly what you think that it is, and my only problem with it is that it is far too short*.

And so, adieu to The Man in the High Castle. END_OF_DOCUMENT_TOKEN_TO_BE_REPLACED

What’s that I hear?  The drives containing those novels got run over by a steamroller, then thrown into a stone crusher?  Yup!  Yup, they were.  At Sir Terry Pratchett’s own request, no less.  I understand.

I also understand this. END_OF_DOCUMENT_TOKEN_TO_BE_REPLACED

Philip K Dick, of course. The Man in the High Castle is interesting and readable* in its own right; but I would have liked to have read The Grasshopper Lies Heavy, too. It’d be interesting to read an alternate history World War II novel where the broad outlines were true to our history, but the details were not. Or at least, one written by Philip K. Dick. He was an interesting dude.  And, of course, a deeply weird one.

And so, adieu to The Starry Wisdom Library.

*While also being absolutely absurd. Cactus Jack Garner would have been perfectly capable of rallying the country** after a hypothetical FDR assassination; and Wendell Wilkie would have easily won the 1940 Presidential election, or some other fellow who would been able to add 2+2 and get “better keep England afloat.” I grant that FDR did a good, solid job of wartime Presidenting, but his skill set would have hardly been unique.

**We also have a more balanced view of the actual utility of the New Deal in these, more modern times.

Short version: hoo, boy, these were fun. I kind of wish that I had read them earlier; but then what would I have been reading over the last two weeks?  My reaction, by series: END_OF_DOCUMENT_TOKEN_TO_BE_REPLACED

I could have been doing something useful today.  Instead…

So sing us another verse

That’s worse than the other verse

And drive us some more into madness.