END_OF_DOCUMENT_TOKEN_TO_BE_REPLACED

This is good news. https://t.co/HKFqJyzg48

END_OF_DOCUMENT_TOKEN_TO_BE_REPLACED

This year’s barley harvest is better than last year’s.

I'm sure the primary question everyone has on this Friday is "how is the N. American barley harvest looking?" Well, since you asked, it's expected to be up 5% versus 2017 (Sources: @usda_nass and @StatCan_eng).

Drink something malty this weekend & toast all those barley farmers! pic.twitter.com/Bsvjnvqrl9

This is pretty much Hillary Clinton’s actual target demographic in a nutshell: champagne flutes*, cocktail napkins, Old Fashioned** – ZOMG, OLD. FASHIONED. – glasses.  Because that just screams “middle class drinking patterns” to me.  Not to mention “Hey, we’re down with the youngsters!” 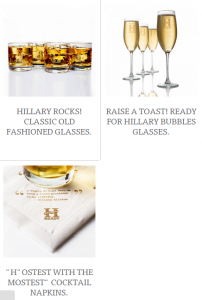 And not a beer mug to be found.   END_OF_DOCUMENT_TOKEN_TO_BE_REPLACED

I’m going back to bed.

But, Moe, it’s the middle of the afterno –

I SAID I’M GOING BACK TO BED.

Either that’s deliberate, or Magic Hat’s design team has been having odd dreams lately. 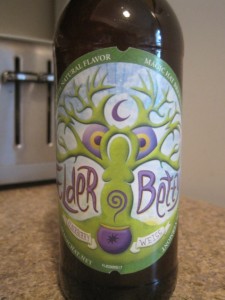 END_OF_DOCUMENT_TOKEN_TO_BE_REPLACED

I need to track down a supplier that can sell me a couple of bags of genuine Maryland hops – yeah, the stuff that they use in making beer – for a gift.  This has been harder for me to do than I expected.

Anyway… via @seanhackbarth comes this report of the beer of the gods, apparently.

One of the best beers in the world has arrived in Seattle, and it’s about to be tapped. Beer geeks are probably hyperventilating now. Some will likely — cough, cough — call in sick so they can stand in line and wait for the bar to open.

You haven’t heard about this? That’s because most bars won’t let on that they have this cult beer, Pliny the Younger, from Russian River Brewing Co.

Pliny sold on Craigslist and eBay for about $150 per growler (about 4 pints).

The Washington Post, on the modern practitioners of the ancient and honorable art of beer-making: specifically, their work in recreating the beers of our forefathers.

Like scientists set on reviving extinct species, today’s craft brewers are possessed by a certain madness.

If that be madness, then who would be sane?