I hear that the deeper ideological message on this one is Hey, isn’t it great to watch Nazis get smacked around in a variety of new and exciting ways? – which frankly suits me right down to the ground.  Plus, air-conditioning.  There might even be an opportunity for a cold beer.

One thousand, three hundred and twenty-four words; that’s how many words it took for Salon’s Bob Calhoun to make the case (including, I expect, to himself) that it’s OK for liberals to be into Captain America*.  It’s kind of sad, really: can’t the stone-cold hardcore Lefties just like Cap for what he is? Yup: rhetorical question: if they did, they wouldn’t have tried, I don’t know, shooting him in the back or something.

Which reminds me: “Cap was right.”

*The answer to the question “Whose side would he be on?” is, by the way: America’s.  That’s sort of the point of Captain America, really: we’re all expected to work out what he’s a symbol of on our own and stop bugging him while he’s out fighting Nazis.

…that I’d rather put up instead of the latest Captain America trailer.

Nice of them to suddenly notice the damn noun in that title, let me tell you…

PS: I probably shouldn’t get this.

I distinctly remember that Marvel shot Captain America in the back.  After mocking him, as I recall, for not having a MySpace page.

But now Cap’s back.

PS: Yes, Captain America’s been back for a while.  I just wanted to mock the MySpace thing.

Only thirty seconds, but that’s OK.  So:

OK, those are all reasonably good signs… wait a second: is that Adolf Hitler about to get punched in his own experimental one-man submarine? 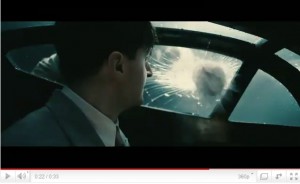 Because if so… Awwww yeah, baby.  Just keep bringing more helpings of that to the table.

PS: I am ready to believe that it is not, but I am not eager to.

But I do not, in fact, have to.  And I don’t particularly like being called a racist by your comic book writers.

(Reminded of this by AoSHQ)