Dear God, but this was brilliant.

Why The Scariest Sci-Fi Robot Uprising Has Already Begun — powered by Cracked.com

To quote Cracked.com, “He’s like 8, and this already makes him a more accomplished adult than us.”

Kid version of the Ferrari* sells for 97+ grand; Italian model costs… well, everything, by the end.  But a part of you will never regret the price.

*Not an actual Ferrari.  People would buy ’em if they were actual Ferraris, and then tell their kids to shut up and wait their turn.

Absolutely perfect. I regret bitterly the fact that it cannot, in fact, be possible without breaking several continuity rules.

I’m even prouder of the fact that I didn’t know the name of that Star Wars species until I was over forty.

…only halfway through one of its posts (“The 7 Most Terrifying Rejected TV Ads“).  No matter how necessary:

Your question is meaningless. The Horror With a Thousand Heads passes through this world, devouring children’s hearts to spare them the horrors yet to come. You will be ground to meat-pulp, and your lucre shall rot for a thousand times a thousand eons, its meaning lost upon the scurrying, mad cockroaches as they whisper chirring songs to Azathoth. All existence is ashes, and the Bloated One its High Priest.

Yeah, this was one of the special ones.  Try not to read it if you’re recovering from surgery.

Trust me on this.

…will be mocked sixty years from now.  Not to be a buzzkill or anything, but the US military was so heavy-handed about treating/preventing syphilis and gonorrhea during World War II for the following reasons:

I wonder about Cracked.com sometimes.  Surely they contemplated what that ‘procurable’ meant?

*I am given to understand that this has abruptly changed in the USA after the rise of AIDS, but I cannot confirm this.

…that I despise the so-called ‘movie*’ called ‘Starship Troopers.’  It’s actually a hit on Cracked.com, who is doing its best to make that ‘movie’ a prophecy of the War on Terror.  Here’s the part that stuck in the craw: it’s the attempt to equate the first Bug attack (a debacle for the ‘good guys’) with Operation Anaconda in Afghanistan…

Operation Anaconda was the first major engagement of the War On Terror. The idea was to attack a force of around 200 Al Qaeda soldiers in the Shahi-Kot Valley from the west, causing them to flee into the waiting arms of more US soldiers in the east, in what’s known as a “Hammer and Anvil” strategy.

Just one problem: Al Qaeda did not flee, but stood their ground.

Just one other problem: There were not 200 enemy soldiers in the valley; there were up to five times that amount.

Just one further other problem: the US military planners had assumed the enemy were armed with machine guns; they actually had mortars, rifles and rockets, and the planners assumed that Al Qaeda were in the valley, (they were in caves in the mountains surrounding the valley), and a convoy broke off from the main “TF Hammer” force to reach an observation point they’d been assigned to. And an AC-130, which was supposed to be providing firing and recon support during the battle thought they were an Al Qaeda convoy and attacked them. This friendly fire battle resulted in the first casualty of the operation.

The rest of TF Hammer came under heavy mortar fire from the prepared and entrenched Al Qaeda, and their air support turned out to consist of six bombs, and their attack didn’t actually make it into the valley, meaning that TF Anvil, arriving via helicopter, did not close the trap as had been intended, but instead found a trap closing around them, as they were attacked by an enemy who was better prepared, better armed, in greater numbers, and from a better-fortified position than they expected.

…nice recap of Wikipedia, there.  But Cracked.com forgot the punchline: END_OF_DOCUMENT_TOKEN_TO_BE_REPLACED 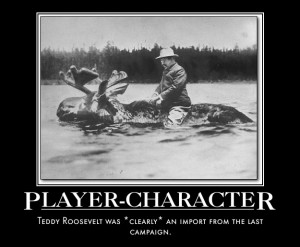 …but this seems to be almost too much work just to win a Cracked.com contest: 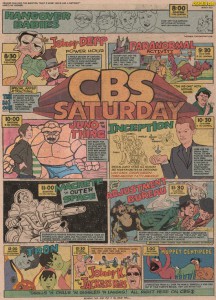 …My parents went away on a week’s vacation!
And they left the keys to the brand-new Porsche;
Would they mind?
Ummmm, welllllll, of course not!
I’ll just take it out for a little spin
(And maybe show it off to a couple of friends!)
I’ll just cruise it around the neighborhood
Well maybe I shouldn’t
Yes, of course I should.

Err… right.  Where was I? END_OF_DOCUMENT_TOKEN_TO_BE_REPLACED