As all people know, the ecocidal crusade that Al ‘Cubslayer’ Gore has waged against the helpless polar bear has been going on for years, now. 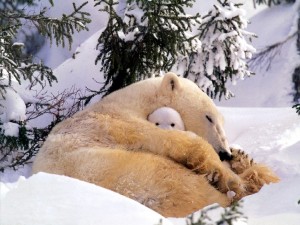 “When the Cubslayer came, my mother curled herself around me and told me to be a good, quiet cub for as long as I could. Then there was a bang, and I could hear laughter, and now it’s cold and my mother is cold and it’s getting dark and I don’t know how long I can be a good quiet cub but HE’S STILL OUT THERE…”

From his remote, carbon-spewing compound the cult leader coordinates a disgusting campaign of Gaia-hating waste and contempt that overshadows even his own personal record of species-murder (a frighteningly high four millibears a year*).  While the fight against these murderous violators of Mother Earth has been difficult – and sometimes, even almost despairing – there was always hope.  But I don’t know if we can still have hope.  The tendrils of Gore’s life-haters have penetrated the government itself.  It goes all the way to the top.