How do you KNOW that David Axelrod didn’t rip me off?

@davidaxelrod I thought it was George W. Bush who won.

Me, two weeks ago. END_OF_DOCUMENT_TOKEN_TO_BE_REPLACED

A double whammy: that’s not the Songs of Innocence that you’re looking for, and that’s not the same David Axelrod.  It is an interesting piece, though.  Very Sixties.

Wonder why that is?

Axelrod said presidents always talk after an election about a mandate, but he called such talk “foolish.” President Obama and congressional Republicans are bracing for talks on tax hikes and spending cuts that are now set to be implemented in January.

“Everyone’s going to have to come to the table in the spirit of getting things done, but on this issue of particularly the fiscal cliff — presidents always say, ‘I have a mandate’; that’s a foolish word and generally untrue,” Axelrod told MSNBC’s “Morning Joe” on Thursday.

END_OF_DOCUMENT_TOKEN_TO_BE_REPLACED

Oh, this is entertaining:

On FNS, David Axelrod Has No Response To OH Early Vote Numbers youtube.com/watch?v=Hrsbm-…

For those without video: Chris Wallace points out that early voting in Ohio kind of, well, sucks for the Democrats – as in, ACCORDING TO THE ROMNEY CAMPAIGN (this is important), it’s at the point where the net gain for the Republicans will wipe out Obama’s 2008 margin of victory in Ohio. This is important because Republicans traditionally do better on Election Day voters than Democrats; if that holds true (which is quietly conceded by pretty much everyone), then Ohio is going to go for Romney. END_OF_DOCUMENT_TOKEN_TO_BE_REPLACED

For the record: we all say goofy things.  So I’m not going to mock Axelrod for this unfortunate statement:

“You know, you can see in the speech that [Obama’s] delivering that he, you know, that he, this is coming from his loins,” Axelrod said.

But the response is still funny:

The reporters gathered around Axelrod tittered, and he was visibly thrown off balance for a moment. He tried to recover quickly by joking about the comment.

“And uh — I just wanted to say loins. I wanted to see if I could get loins in the story,” he said.

Poor David.  This has not been a good election for the man; reporters never dared laugh at him before.  Such a shame…

What? I may despise the man, but Barack Obama’s not worth any person’s life. 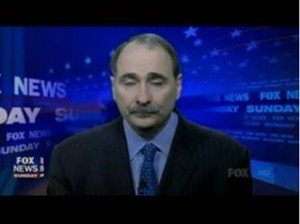 And Axelrod’s looking awful, there. Must not be having a good week.

…I’m a little annoyed right now that the Democrats apparently think that “toning down the politics for 9/11” is something that everybody should endorse, but only Republicans should do. Rather than stew on it further, I’m just going to call the President – and David Axelrod – classless jerks and move on with my life.

On the marginally bright side, if you were worried about doing politics today, don’t be.  The Other Side deliberately and knowingly demonstrated that they don’t give a sh*t; game, as they say, on.

[UPDATE: Yup, that was a blink-and-you-missed-it correction, there.  I plead not enough coffee.]

Asked a simple question – yes or no about whether he agreed with the White House that the private sector is doing fine, David Axelrod produces… this.

No transcript: there was no semantic content in that response whatsoever.

Via @rbpundit on Twitter: I have yet to figure out how to get the link on the iPad. Heck, I’m pleased that I figured out how to post the video. It’s like they don’t WANT me to use this thing like a computer.

Probably because Axelrod has been there since the beginning — Obama consulted Axelrod on his anti-war speech in 2002 — and he’s has been Obama’s right-hand man/sounding board/fixer from his first ambitious thoughts of running for Senate. What would Obama do without the guy who he’s been able to turn to from Day One? If anyone has job security around here, it’s David Axelrod.