I ask because Ohioan legislators are ‘fuming‘ over this:

Sen. Rob Portman (R-Ohio) said in a statement on his Facebook account that he was similarly “disappointed” in the decision to rename the [Alaska] mountain long named after “a proud Ohioan.”

“The naming of the mountain has been a topic of discussion in Congress for many years. This decision by the Administration is yet another example of the President going around Congress,” Portman said.

“I now urge the Administration to work with me to find alternative ways to preserve McKinley’s legacy somewhere else in the national park that once bore his name,” Portman added.

President McKinley was from Ohio, you see. So politicians from Ohio are going to be just a little bit touchy on the subject. Well. Certain politicians. Apparently Ted Strickland doesn’t actually care about his own state’s history…

PS: If you think that this is a silly issue, then obviously the easiest way for Ted Strickland to prove that he’s not ducking said issue is to come out and forthrightly say that Barack Obama was perfectly justified in unilaterally changing the name from Mt. McKinley to Denali. I’m not joking. Ohio Republicans aren’t afraid to be publicly upset about this (and, by definition: if the Speaker of the House thinks something is relevant, it automatically becomes so); why can’t Ted Strickland show a little gumption and come our swinging on President Obama’s behalf? – Unless, of course, Strickland’s kind of against the name change, too, but doesn’t want to look like he disagrees with Obama. Which is, admittedly, pretty much how state Democrats cringe and fawn these days every time they’re in a dispute with the national party…

I know, I know: I’m supposed to be outraged that Barack Obama is unilaterally changing the name of our tallest mountain from Mt. McKinley back* to Denali. But I can’t. I well and truly can’t. 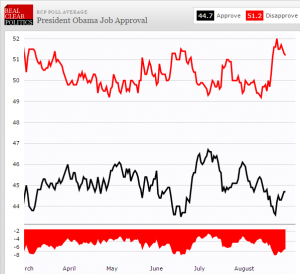 Electile dysfunction is no joke.

*I presume. For all we know the actual name was something like That Big-Ass Mountain Over There. Heck, apparently Alaskans themselves want the new name.