2,899.8 hours. That is my current runtime on Fallout 4, according to Steam. And apparently I did not know before today that you can get power cables inside your buildings by putting a power conduit on a floor mat, connecting it to an another conduit, and then move the mat inside.

This one from Gamespot is interesting.  Short version: Fallout 76 looks a lot like Fallout 4, but with other people.  Entertainingly, it looks a lot like my modded version of Fallout 4, in that there are leaves on the dang trees and everything (I just can’t get into the unmodded Fallout aesthetic*).  A whole lot of the mechanics and the GUI is identical, in fact.  But it’s not quite identical, and I assume that the differences will get me humiliatingly killed a few times.

Well, we’ll see in a month.

*It’s been a long damn time.  The trees and the grass would come back.  Even if radiation is weird and entertaining in this universe.

I… have no idea why Bethesda waited until now to bring out a GotY version of Fallout 4.   Maybe it’s on the checklist for Things to Do Before We Can Get Started on Fallout 5?  Or maybe they thought that they had released the GotY, only Bethesda checked its website this morning and realized that they forgot to hit publish.  That happens to me sometimes.

:pause, while looking at pictures:

Man, I always forget just how bleak the Commonwealth looks when playing vanilla. If you pick this one up, do yourself a favor and go download the Fallout 4 Seasons Project. I typically run the Summer option, but they’re all good for making the place look better. Even the Winter option is pretty good. END_OF_DOCUMENT_TOKEN_TO_BE_REPLACED

I mean, OK, as a concept Bethesda’s Creation Club for Fallout 4 and Skyrim is great.

But it’s gonna be a pure headache to everybody who has already modded the game. Because I don’t think that all that vetted content is going to be compatible with all the modded content out there, and I certainly don’t think that all the best modded content is going to end up being vetted.  For a variety of reasons.  On the plus side — and it’s a very big plus side — some modders may end up getting paid for some of their stuff.

So I guess we’ll see.

…from the Maryland Sheep & Wool Festival. 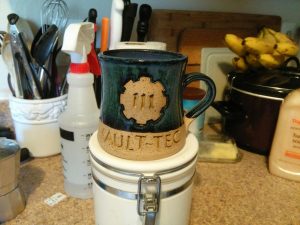 Because, of course, she is the Best Wife. Which should not be taken as a slight to any of my readers or their spouses, of course.  The system allows for many, many Best Wives. Mine buys me handcrafted Fallout 4 mugs, that’s all.

Oof.  Time to go see what I’ve got clogging up my hard drive right now, methinks.  Because I love software bloat, don’t you?

To be honest, I’m probably not going to download Enclave Resurgent, mostly because I am gingerly trying to navigate through the thicket to get a three-faction ending where former Paladin Danse is safely administering my Nuka World possessions for me*.  Also, I have my own half-fanon, half-metagaming theory about the Enclave in Fallout 4: to wit, I think that Bethesda originally intended them to be there, but the game got too big, so they got downgraded to the Gunners. And, also: I’ve noticed that when there’s a certain tone in the description of a mod – a slightly aggressive, somewhat exasperated tone – you can’t really expect good bug support.  And there’s always going to be bugs in mods.

Still, if you’re missing having the Enclave around this is certainly going to give you that.

PS: Short version: the Enclave is the remnant of the old, pre-War US government.  They’re generally schmucks, but they always had good gear.

*The Commonwealth will be too dangerous for him, and Far Harbor is too weird. Nuka World is perfect.

…so I’m going to say that Google has a point. 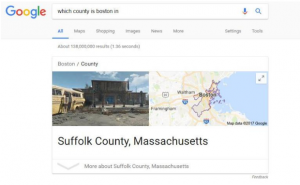 The ironic bit?  Many hardcore Fallout 4 players won’t recognize that spot immediately, because we have long since downloaded mods that make the place a bit less oppressively dead. I myself use Fallout 4 Seasons – Summer, which makes the place a whole lot more green and overgrown. It really does make a difference in gameplay.

…For Minecraft: …Minecraft is adding a Fallout 4 mash up pack to consoles “soon”. The details mention “the coming days” so you probably won’t be waiting too long for the, wait for it, ablockalypse.”  Fortunately or unfortunately as you might see it, that’s apparently just for consoles. Those of us with Minecraft on the PC aren’t getting this one.  I think.

More importantly: no real news on a new Fallout or Elder Scrolls. As for the latter… I want me some Steampunk. And the Dwemer coming back.  And maybe a pony.

So… people still play computer pinball.  I did not know this.

Bethesda Pinball is the next pinball table set from Zen Studios, the company announced today.

I wonder if that’s what that supposed phantom Fallout 4 DLC slot was for.  Probably not, but then I’m not exactly a professional video game designer. So what do I know?