India did an unmanned lunar orbiter back in 2008, and now they’re gearing up to do it again: “The Chandrayaan 2 spacecraft consists of an orbiter, lander and rover configuration “to perform mineralogical and elemental studies of the lunar surface,” the ISRO said.” What makes this of particular interest is the projected price tag: 93 million.  When it comes to space missions, that’s absurdly cheap — for example, the UPI notes that this is about the same price as it costs to get SpaceX rocket into orbit.

Besides, it’s not so much the cost. Or the scientific data that we’d get from doing a Lunar rover (we actually haven’t put all that many up there, although apparently that’s going to change over the next couple of years).  It’s about expanding the skill set that we have more countries out there who know how to do this sort of thing.  You never know when we might need to have people trained up on it.

Always nice to see a country actually have an actual space program*.

In the early hours of Monday morning, the Indian Space Research Organization (ISRO) successfully launched its first “Re-usable Launch Vehicle,” which at full-size will be able to lift satellites into orbit.

Scientists launched the unmanned model to a peak altitude of 65 km (40 miles) before turning it around for a controlled descent into the Bay of Bengal. The total flight lasted about 13 minutes.

END_OF_DOCUMENT_TOKEN_TO_BE_REPLACED

Come, I will conceal nothing from you: this is not my field of study.  But this does sound important…

In a historic result, opposition leader Narendra Modi and his Hindu nationalist party are celebrating a resounding win in India’s elections Friday, after ousting the Congress party that has long dominated politics in the world’s largest democracy.

As of Friday afternoon, the tally kept by India’s NDTV showed Modi’s party, the BJP, winning or leading in 334 districts, compared to 59 for the Congress party. The final tally isn’t yet out, but the BJP has far surpassed the required 272 of 543 total seats.

…I did know that India’s Congress Party has indeed dominated that country’s politics for sixty years, with all the problems that such a situation would imply. I won’t regurgitate Wikipedia at you, not least because I don’t know how accurate any of it is, but I’ll say this: if Barack Obama is smart he’ll have Kerry put together a, heh, Tiger Team over in State that can advise the President how to get in on the ground floor and off on the right foot with the new government*.  It’d be useful.

END_OF_DOCUMENT_TOKEN_TO_BE_REPLACED

I’m not entirely certain why PowerLine and Ed Driscoll at Instapundit are surprised that professional doomsayer Paul Ehrlich is unavailable for comment about how it is that India is now capable of at least growing enough food* to sustain its population, despite the confidently nihilistic estimates of… Paul Ehrlich.  The answer’s simple: Ehlrich got his butt kicked so hard by Norman Borlaug – THE GREATEST IOWA FARMER WHO EVER LIVED – on this subject that Ehrlich is still hiding from the man to this day.

What’s that?  No.  Paul Ehrlich isn’t quite confident that reports of Borlaug’s death were accurate.  It could be a trap, to lure Ehrlich back into the open.  Which may sound ridiculous; but then, so was Ehrlich’s pathetically wrong, and teeth-jarringly racist, predictions.

[UPDATE: Heh.  I spelled Ehrlich, I think, three different ways throughout.  Thanks to BG5 in comments for noticing.] END_OF_DOCUMENT_TOKEN_TO_BE_REPLACED

India is an ALLY, fool.

Defense Secretary Leon Panetta, in remarks Thursday, ranked U.S. ally India with China as a rising threat to the U.S. in Asia. The Pentagon quickly sought to roll back the remarks.

“We face the threats from rising powers — China, India, others — that we have to always have sufficient force protection out there in the Pacific to make sure they know we’re never going anywhere,” Mr. Panetta said during a visit to a shipyard in Groton, Conn., where he toured a submarine, the Mississippi, in the final stages of construction.

END_OF_DOCUMENT_TOKEN_TO_BE_REPLACED

…actually, hold that thought for a moment.  The Republic of India has had the capacity to launch lunar probes for a while now.

Anyway, they took a picture which Gizmodo hopes (H/T: AoSHQ Headlines) will end the Moon Conspiracy nonsense once and for all: 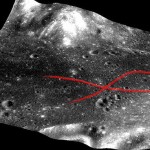 This will do no such thing, of course: but it will give me an excuse to repost The Video after the fold. END_OF_DOCUMENT_TOKEN_TO_BE_REPLACED