Well, that was stupid of them.

On Tuesday, federal prosecutors targeted Harborside Health Center in Oakland, as well as its sister facility in San Jose, for closure and civil asset forfeiture. In court papers filed by the US Attorney for the northern district of California, Melinda Haag, the federal government alleges that Harborside is “operating in violation of federal law” by providing cannabis to state-qualified patients.

Guess marijuana really does affect your long-term judgement.  Which might explain President Choom, come to think of it… nah, that’s too harsh.  Hey: just like the Obama administration!

END_OF_DOCUMENT_TOKEN_TO_BE_REPLACED

This week the Republican-controlled New Hampshire House of Representatives passed a medical marijuana bill by a lopsided vote of 236 to 96, one day after Gov. John Lynch, a Democrat, threatened to veto the legislation. Last month the state Senate approved the bill, which would let patients with “debilitating medical conditions” or their “designated caregivers” grow and possess up to six ounces at a time, by a vote of 13 to 11, with all five Democrats and eight Republicans in favor.

Vai Instapundit.  Hey, you know who should be expressing an opinion on this?  Barack Obama, that’s who.  Preferably, on a New Hampshire college campus…

This is a marijuana leaf. 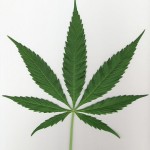 As you can see, it’s quite distinctive.  Dried, it looks like this: 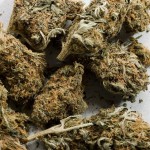 I mention this so the next time the cops show up to bust your boyfriend for pot possession, you’ll at least know why they’re there. END_OF_DOCUMENT_TOKEN_TO_BE_REPLACED

by the federal government, and they reserve the right.

Don’t get me wrong: I’m happy that they’re going to stop going after chemotherapy patients.  But this is at the limit of easy, which means that it’s as far as the administration is going to go.  So I’d recommend against basing your future life choices on the likelihood of a more (ahem) liberal recreational drug policy…

Attorney General Holder was speaking at a press conference Wednesday about Operation XCellerator, a crackdown on Mexican drug cartels, when a reporter asked him about the DEA’s stance on the raids. The reporter mentioned some raids that occurred right after the inauguration but before Holder’s confirmation, then he asked Holder if he would continue the raids policy under his tenure.