The primary is today in Texas, and as the title says: I have some suggestions for you.  I’m putting them here because although I do not expect that RedState would particularly object to the first two, I am in point of fact making a recommendation in a Democratic primary, and RS has a policy of not helping out liberal Democrats unless we really, really need to.

Sorry about the sound quality: we’re in the middle of a solar storm today, remember?  At any rate, I talked this afternoon with Michael Williams, who is running in TX-25, assuming of course that the courts d0n’t decide to fold up the new Congressional maps for Texas into a variety of paper airplanes and fly them out of the window.  The short version is: the maps are being contested, a lower court stepped in to get something up and running, the Supreme Court stepped in to smack down said lower court, and now people are kind of worried that the primaries are going to be delayed yet again.  As you might have guessed, we talked a bit on the redistricting controversy down there; Michael even took the time to gently correct me on a couple of things that I was getting wrong…

Michael Williams was formerly running in the Texas Senate primary, but has switched over to the House race in light of news that his home town is now going to be smack dab in the middle of one of the four new House seats assigned to Texas because of the last Census.  We talked about that, and about sand lizards, and a few other things:

Michael’s main campaign site is here: he also has Bowtie Patriots, which is more Tea Party-centric.  Check them both out.

Very possibly: the proposed district includes Arlington, which is where Michael Williams lives, and it would certainly help resolve the embarrassment-of-riches problem that Texas conservatives are having with regard to the upcoming Senate race. The key will be whether the proposed congressional maps go through or not… and let us simply say that the new Texas redistricting maps are interesting.

Still: no secret that I – and RedState – like Michael, or that we would all breathe a happy sigh of relief if we didn’t actually have to choose between him and Ted Cruz for TX-SEN.  Michael is a good guy who is pretty strong on energy policy: having him in the House in 2013 would be fantastic, particularly if it’s in conjunction with a Republican Senate and/or White House.  Guess we’ll see how that turns out. 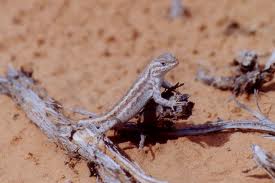 Well, for a lizard.  He’s also known as the Dunes Sagebrush Lizard; this endearing little critter is native to the American Southwest.  Specifically, eastern New Mexico and West Texas.  This is what the lizard’s preferred habitat looks like: 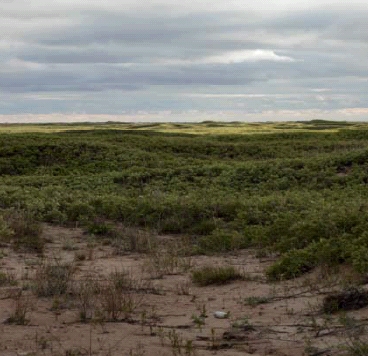 Notice what’s missing?  Oil derricks.  You see, the favored habitat of the Dunes Sagebrush Lizard also happens to be a favored habitat of the Domestic Production Crude Oil Rig: the US Fish and Wildlife Service plans to declare the former to be an endangered species, and you know just how this story ends, right? END_OF_DOCUMENT_TOKEN_TO_BE_REPLACED

This should have been up last week, except that I came down with the plague, more or less.  Mike Williams is a former Railroad Commissioner for Texas*, an old friend of the site, and running for Senate: we spoke briefly at CPAC about the cycle in general.

*Which has nothing to do with railroads: it’s an elected position overseeing energy production.

Long-time readers of RedState are familiar with Michael Williams, of course: he was of the candidates for replacing Senator Hutchison, back when she looked ready to vacate her Senate seat. Now that she’s retiring, Michael is officially running for Senate. We talked last week:

I had the opportunity to talk with Texas Railroad Commissioner* Michael Williams (R) today on the spill in the Gulf:

It’s a shame that he’s not a Senator right now, but it’s always a pleasure to talk with Mike.

*For those unaware: the RRC doesn’t involve itself with railroads; it oversees Texan energy development. Hence the interview subject.

He’s running for the Senate seat that Senator Hutchinson is going to vacate (assuming that she ever does), and I was able to touch base with him in between his speaking appearances at CPAC. Michael’s site is here: for those of you unaware of the odd nature of Texan nomenclature, a “Texas Railroad Commissioner” doesn’t actually have oversight over railroads. The position instead involves oversight over oil and other types of energy production, which is why it’s one of the most powerful elected positions in the state.

The problem with this essay on race by Texas Railroad Commissioner and Senatorial candidate Michael Williams is that you really need to read the whole thing: there are too many good bits to cram into just one snippet. But a taste:

What grieves me most, however, is not that false cries of racism shortcircuit our debate, but that it makes legitimate concern about pockets of racism impossible to hear among the majority of Americans where it truly exists. Racism does still exist in America today – on both sides of the political spectrum. Now it will be that much harder to expose because the real cry will be impossible to distinguish from the false one, much like the boy who cried, “wolf.” Racism exists, but so does opportunity, and I can personally attest to the fact that there is far more opportunity than racism.

We have rid our institutions of government of the practice of discrimination; if only we could rid our political discourse of the ugliness that ensues when we ascribe discriminatory motive to statements with no obvious discriminatory aspect. New York Times columnist Maureen Dowd couldn’t help hearing a missing word in Congressman Joe Wilson’s outburst during President Obama’s speech to Congress. The Congressman yelled, “You lie.” Ms. Dowd couldn’t help hearing, “you lie, boy.”

While Congressman Wilson started a fire, Ms. Dowd poured fuel on it. The greater ugliness is not the inappropriate outburst, but Ms. Dowd intentionally injecting a word loaded with a history of racial condescension to label a whole movement of opposition.