Jim Geraghty is quite blunt about the consequences of Sen. Kennedy’s being absent for today’s vote, and Sen. Gregg’s return to the Senate: “Guess what, Sens. Snowe, Specter, and Collins? You are providing the decisive votes.”

And Senator Reid is worried about this. He’s trying to scare up another GOP Senator to give cover to these three – something that even his own people are admitting to be a low probability scenario. Roll Call (no link, sorry) is also reporting that he’s trying to pair Kennedy’s yes vote to a Republican’s no (this requires the approval of the Republican in question, by the way) in order to make it a 61/38 vote on a technicality. Just in case this isn’t clear by now: this is contraindicated for any Republican Senator.

END_OF_DOCUMENT_TOKEN_TO_BE_REPLACED

Rep. Walt Minnick from Idaho: one of the eleven Democrats from the bipartisan opposition to the Democratic debt bill – which would be bad enough, right? – but he’s also ripped apart the monstrosity you guys came up with and turned it into something that might actually work. Via Hot Air:

While President Barack Obama goes on the road to shore up slipping popular support for the $1 trillion stimulus porkfest that he ordered up from Senate Majority Leader Harry Reid and House Speaker Nancy Pelosi, Rep. Walt Minnick, a freshman Democrat from Idaho, is pushing a better idea: The Strategic Targeted American Recovery and Transition Act (START).

Minnick is a member of the Blue Dog caucus of occasionally conservative Democcrats. His START plan is a $170 billion “bare bones” pure stimulus approach that would put $100 billion immediately into the pockets of low- and middle-income Americans, then use the other $70 billion for basic infrastructure projects that create jobs. START requires that all funds not spent by 2010 be returned to the Treasury. START also stops stimulus spending when the nation’s Gross Domestic Product increases in two of three previous quarters, and all START payments are required to be posted on a public website.

END_OF_DOCUMENT_TOKEN_TO_BE_REPLACED

[UPDATE] Since Jim Treacher in comments here asked: “Then what are you worried about,” Chuck?

61/36, with Collins, Snowe, & Specter voting for cloture (Gregg is sitting this one out and Coleman can’t participate in this Congress yet). In other words, the Democratic Party now owns an 800 billion dollar debt plan. 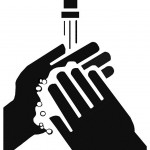 They’re welcome to it, in fact.

So can we get to the final vote and the signing, already? We have midterm elections to plan for.

…any which way (see also here, here, and here). That’s without a “stimulus”: with one, we’re going to see short-term gains at the expense of long-term growth.  You can argue that this might not be a bad thing, overall; but if we’re not actually going to need the Obama-Reid-Pelosi debt bill to get out of this recession then the biggest argument against passing it right now just went away.  There is no consensus that urgent action is needed: as Rasmussen notes, while Democrats are following the President on this, Republicans are not… and independents are significantly in agreement with the GOP.  A plurality of voters oppose this thing.  Half the population thinks that we’re at risk at making things worse if it passes.  It’s not actually settled that this is emergency legislation, in other words – which means by the White House’s own rule (which is well on the way to having a history of being routinely broken anyway) we should legitimately expect a five day waiting period to assess the bill anyway.  But none of that is scheduled.  Why?

Admittedly, it’s because she loves taxes.

Something for our mild amusement while we wait for the Democrats to flout the will of the American people with this pork bill:

“I’m going increasingly concerned about the bill as to whether it is really going to be a stimulus,” she told fellow Senators during a debate of the bill.

Feinstein said her issue with the bill is the tax cuts included.

“What in my view a stimulus is, is not candidly speaking a tax package,” she said. “I do not believe in this economy tax cuts are simulative… I worry about this economy. The point of this package is to get jobs out to the people. So I reserve the right at the end of the day to vote against a package that does put those jobs out there.”

END_OF_DOCUMENT_TOKEN_TO_BE_REPLACED

Marvel at the day: here is Senator Lindsey Graham (R-SC) beating President Barack Obama (D) with a club that I didn’t even know he had any more. As Allahpundit notes, there’s something weird about seeing Graham and Michelle Malkin using the same language. And me, come to think of it: the President is fear-mongering. I wonder why?

“If this is bipartisanship, count me out.” No, you haven’t entered into another dimension where Bobby Jindal has a beard: he really said that. Strange days, huh?

Then just go ahead and pass that debt bill of yours, over our objection.

This is the column.

So pass it today, already. You won, remember?

Or maybe he doesn’t want to win this one. Would you, in his shoes? Via AoSHQ:

Reid to GOP: It’s your fault if stimulus stalls

As the $820 billion stimulus package heads to the upper chamber, Senate Democratic leaders are launching a pre-emptive strike.

In a Thursday afternoon news conference, Senate Majority Leader Harry Reid urged Senate Republicans not to line up against the bill, and says Republicans will be blamed for any delay in the landmark economic legislation.

“If we don’t [pass the bill], it’s not our fault, we’re trying,” Reid said. “The president has done a remarkable job covering all the bases on Capitol Hill.”