(Blame @baseballcrank) It’s a tossup between this one and the Paris Hilton energy proposal for the most memorable campaign ad of 2008.

…and, unlike Paris Hilton, I still don’t know what the hell Ralph Nader was trying to do there. That being said, remember: 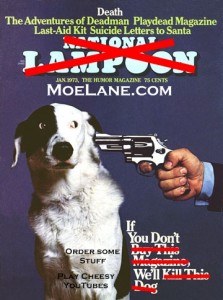 Ride that puppy all the way down, Rod. 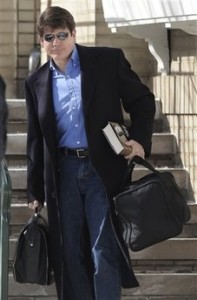 SPRINGFIELD, Ill. – Gov. Rod Blagojevich, taking his defense to television rather than his impeachment trial, lashed out at his accusers Monday and revealed he had considered naming Oprah Winfrey to the U.S. Senate.

The embattled governor told ABC’s “Good Morning America” that the idea of nominating the talk show host came to him as he explored potential candidates for the job that federal prosecutors allege he tried to sell to the highest bidder.

“She seemed to be someone who would help Barack Obama in a significant way become president,” he said. “She was obviously someone with a much broader bully pulpit than other senators.”