They don’t really… learn fast… over on the Other Side, do they?

Do you know me? 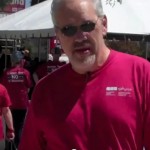 I’m a member of the California Nurses’ Association. Which is to say, a Brown supporter. 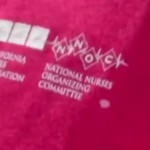 I’m a member of the National Nurses Organizing Committee, too.

And I like to hit people. But it’s OK: I only like to hit Meg Whitman supporters. You see, she’s a woman and a Republican, so she and they aren’t really human beings to me.

. If it had been one camera Mr. Tough Guy might have tried to take it away. Two cameras makes even a Lefty would be bully-boy like this thoughtful…