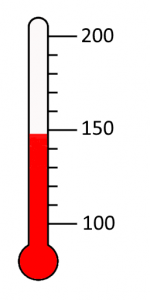 And today’s September Showcase is “Song of the Siren” (a RPG supplement for The Day After Ragnarok). I didn’t write it for Patreon, sure, but I did get paid for it. I say it counts.

Check out my Patreon today!

Otherwise known as the ‘Bay Bridge:’

Today, we celebrated the 80th anniversary of the Emperor Norton Bridge. We had a big sign! pic.twitter.com/mbJVG3wIGb

END_OF_DOCUMENT_TOKEN_TO_BE_REPLACED

Under the circumstances, I feel that it is probably best to switch out to the new Twitter account tonight.  I am not yet formally ending all political commentary, but you can see the end of it from here.  I assume that this site will be transformed into a general gaming/geekery site; I hope to do more creative work. Indeed, I largely have to, because my annual income took a rather severe hit tonight.  Which is a shame and a tooth-grinding frustration, but I will not serve that man.

Seriously, I helped fight all of those people to a standstill between 2002-2008. I will be damned if I end up going to work for one. I have far too much self-respect for that.

As choices go, it doesn’t get much starker than this, folks.

And I’m going to be honest: I found those protesters embarrassing. They know what they know, and it’s nothing more or nothing less than what they’ve been told, and while I’m sure that the fever will eventually break for them the rest of us may still have to live with the consequences. …If you live in Indiana, go vote for Ted Cruz tomorrow, folks. Pretty please, with sugar on top.

Found here. Short version: it’s going to be interesting to see how Clinton does against Sanders there. No, really, it should tell us something about long-term voter patterns.

Found here. Short version: …Paul Manafort is very bad at wrangling delegates, apparently. And Ken Cuccinelli is very good. If you think that there’s going to be a scorched-earth policy at the convention, this is interesting news.

Oh, I know that the Marxists revere it as ‘May Day,’ but let’s be honest. Deliberately killing somewhere between eighty and a hundred million people as part of your ideology should be automatically disqualifying when it comes to who gets to assign holidays. Certainly Communism’s victims would like to have a vote…

Come, I will conceal nothing from you; if I had ever been invited, I would have gone. But I’ve never been invited, and I probably never will be invited, and I suspect that some of the people who get all het up about the White House Correspondents Dinner might be similarly quietly wishing that they could go. And, yeah, I know that it’s vaguely silly to want to go to this thing. But, what the heck: if I can’t use this site to every so often admit to something vaguely silly, why do I have this site in the first place?

Now that I’ve established that, let me finish up by saying: no, it’s not #nerdprom. Most of those people aren’t nerds. And I don’t mean that as a compliment*.

*I don’t mean it as an insult. Just as a statement of fact about an unfortunate lack of a particular quality.

Guess we’ll find out on Tuesday, but: typically you don’t want to brag about getting the endorsement of a convicted rapist whose conviction was in the state that you’re campaigning in. Particularly if you thought that the sentence for the rape was too severe in the first place:

Here’s Trump on the rape Mike Tyson was convicted for in 1992.https://t.co/8ar5joPlh7 pic.twitter.com/f7eFLo4uds

Look, if your comments go and piss off your own mother, at least think about your stance, OK? It’s your mom. She gets that much consideration, at least.