[UPDATE]: A reader notes that I may be being unfair to Mr. Coulton, as there is evidence that he at least attempts to avoid giving gratuitous offense to people not of his partisan faction. I therefore retract the comment, with a polite apology.

Short version: Jonathan Coulton created a cover of Sir Mix-a-Lot’s immortal Baby Got Back, back in the day (he’s using the song under a license; this will be important later). The song is pretty much how you’d expect John Denver would do the song on an acoustic guitar after John had smoked himself half-mellow; it’s entertainingly transgressive, people had a good chuckle, most of us forgot about it.

Moving along: so, eventually Glee – yes, that show – apparently decided to cover Coulton’s version themselves without bothering to even tell him.  Shamelessly (click the link and listen for yourself). How shamelessly?  Well, here’s their (alleged) response to Coulton (bolding mine)?

MORE MORE UPDATE 1/25: Well, they aired it, seemingly unchanged. And it’s now for sale in the US iTunes store. They also got in touch with my peeps to basically say that they’re within their legal rights to do this, and that I should be happy for the exposure (even though they do not credit me, and have not even publicly acknowledged that it’s my version – so you know, it’s kind of SECRET exposure). While they appear not to be legally obligated to do any of these things, they did not apologize, offer to credit me, or offer to pay me, and indicated that this was their general policy in regards to covers of covers. It does not appear that I have a copyright claim, but I’m still investigating the possibility (which I consider likely) that they used some or all of my audio. I’ll write something longer and more detailed about this when I can get my head together about it probably in a couple of days. Thanks for your support, but please continue not to burn anything down.

END_OF_DOCUMENT_TOKEN_TO_BE_REPLACED

Haven’t done one of these in a while, have I? 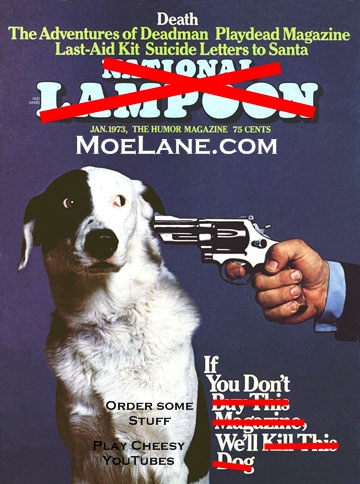