More accurately: $61.49, but that does not flow off the tongue as well.

Permit me to establish some general, life-experience-style benchmarks for our current domestic economy.  This morning, I went out to fill up the gas tank of the car, and treat my kids to some fast-food breakfast.  Nothing fancy: the car does not take premium gasoline, and we’re talking breakfast sandwiches and a hotcakes and sausage level of drive-through. Here are the receipts. 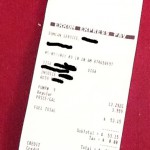 Back in 2007 – before we got saddled with a Democratic Congress that decided to start racking up the bills on everything in sight – that would have cost me $37.08.  And I can back up the numbers reasonably well:

To put this in even more basic terms: it costs me 60% more to fill up my tank and get ‘cheap’ fast food today than it did before the Democrats took control of Congress.  And if you’re wondering why if inflation is this bad, then it’s not being trumpeted across the sky in letters of fire, it’s because ‘core inflation’ – inflation that does not take into account food and energy prices – isn’t increasing as drastically.  Which is… great, except that the problem is that food and energy prices are skyrocketing.

So, of course, the White House wants to slap on another tax of your gasoline usage – by the mile.  And with tracking devices added to your car so they can make sure that you’re paying the tax.  Because the urban academic elitist in the Oval Office right now hasn’t pumped his own gas, taken his own kids to the drive-through, or even probably done his own shopping for years now.

*If you really want to depress yourself, go look up all the articles from 2007 freaking out about $3.00/gallon gas.  Amazing what you can get used to, huh?

3 thoughts on “Sixty bucks for gas and Mickey Dee’s.”