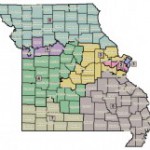 Moving on, this is going to be a real headache for the Democratic party, both in Missouri and nationally. The state problems are obvious – hey, live by racial gerrymandering and identity politics, die by ’em – but the issue on the national level is a bit more subtle. You see, Cleaver happens to head the Congressional Black Caucus, which is a bit more powerful in the Democratic party these days by virtue of the fact that its membership was not particularly affected by the Great Democratic Shellacking of 2010. Russ, on the other hand, is enough of an earner in the Democratic party that he could possibly challenge Clay for the seat anyway… and the fellow is apparently aggrieved enough to try (there’s no question that Russ is petty enough, of course). That means a messy, expensive primary, in a district that’s usually not vulnerable to such things.

In other words, it’s a lovely day out today. 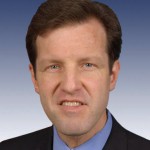 That’s not a Photoshopped image. That’s his official picture.