As you no doubt know, the Democrats got their clocks cleaned last night in two House seat runoff elections and one Senate one.  The question is, could they have done better? – Actually, no, the question is, could they have done much better?  …And the answer may indeed be ‘yes’ in both cases.  Please note: a lot of this is going to be a discussion on how much or how little the rubble might have bounced, so keep that in mind.

Let’s start with the Senate race. All numbers here from AOSHQDD: they’re not the certified results, but they’re going to be fine for this analysis.

The total drop-off for that election was 91% for the Democrats, 88% for the GOP, and 89% overall.  In other words: the Democrats managed to retain more of their Election Day voters than the Republicans did.  Mary Landrieu still got destroyed in the general because the people who voted for Rob Maness clearly decided to show up for Bill Cassidy, too.  This was not particularly contested by Sen. Landrieu, probably because she had limited resources and clearly decided that she needed to boost her own side’s turnout more than she needed to depress her opponent’s turnout. Considering that Sen. Landrieu’s base was mostly African-American – a demographic that’s hard to get to turn out, historically – she didn’t actually do a bad job.

Now, figuring out how this stacks up historically is problematical: Senate races in Louisiana for the last couple of decades have largely avoided runoffs.  However, we have two House races from this year to consider.  LA-05 and LA-06: both were safe seats for the GOP, both were won in blowouts last night, and (not coincidentally) neither was the subject of Democratic funding, either.  So how did those turn out? (Election night results from Wikipedia, Runoff from AOSHQDD)

Obviously, the first thing that leaps out at you is that Democratic turnout was noticeably better in those two races, while Republican turnout was significantly worse.  Monroe mayor Jamie Mayo, in fact, improved on his Election Day turnout in the run-off: it didn’t matter, because the GOP margin in LA-05 was simply too large, but it still happened. The should-be-disgraced-but-it’s-Louisiana-so-no former governor Edwin Edwards didn’t do as well, but he still did a good deal better at retaining Election Day turnout than the Republicans did.  Or, for that matter, than did Mary Landrieu.

Conclusions?  As is customary in these sorts of discussions, there are three: 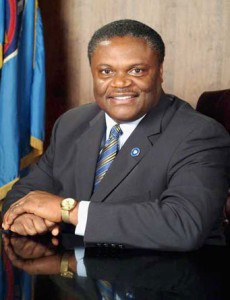 Gee.  I wonder why that could possibly be their reason for that.

One thought on “Why the Democrats stupidly wrote off Louisiana too quickly.”