If the Skeptical Inquirer is seriously publishing articles like this winner

, well, you may want to reconsider that. “This winner” being a remarkably obtuse review of Ken Hite’s The Nazi Occult; apparently the fellow is worried that people might take this book seriously. 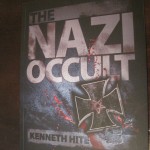 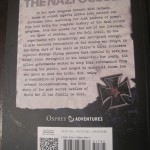 Yeah, I know. It’s the Internet: you must expect somebody to miss the point, I suppose.

The good news is that he’s soundly mocked; the bad news is that the reputation of… do they still call themselves “Brights?” …for being humorless toads with an abysmal opinion of their fellow-man remains firmly intact.  Seriously: reviewing a non-crunchy roleplaying game supplement* as if it were even pretending to be rigorous scholarship is firmly in Jack Chick territory.  And I gotta say: I’m not really impressed that a magazine apparently thinks that it’s smart to try to rip apart a fiction book that blatantly references HP Lovecraft, Robert Howard, and Indiana Jones.  It’s like something out of a Ray Bradbury story.

That was not a compliment, by the way.

*Come, I will conceal nothing from you: the reviewer – no doubt feeling besieged, but unwilling to admit that he was being wrong on the Internet – made at least one snide comment about geeks and their hobbies in his response.  A comment that offended.  I was going to respond there, but then it occurred to me that more people will read it if I put it here.

9 thoughts on “Why @SkeptInquiry can’t have nice things.”