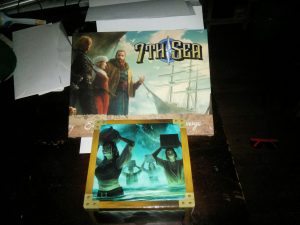 That box is the Pirate’s Loot, which includes Hero Cards, Villain Cards, a Sorte Deck, 7th Sea Dice, and Physical Hero Points.  There’s also going to be maps, which will promptly go up on the wall — but they’re still working on those.  I’m also going to be using everything except the Sorte Deck in my game, so it’s useful. 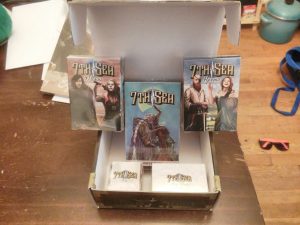 And here’s the TimeWatch stuff.  GM screen and The Valkyrie Gambit adventure book. I actually accidentally ordered two of these, but I guess that they had to ship them separately.  I plan to give the second copy to WashingCon as a prize, so that all worked out. 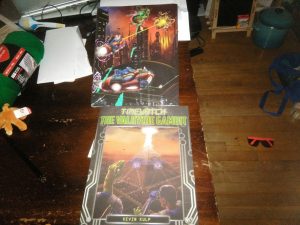 It’s weird, really. I buy a lot of gaming stuff that I don’t entirely expect to play (now there’s an understatement).  But pretty much everything I got today is likely going to be used. How… efficient of me.