Found here. Short version: everybody involved really, really wants everybody else to know that Hillary Clinton did not attempt to do some rather specific things that would have resulted in the suppression of some key elements of a Anthony Weiner documentary.  Also: I miss Andrew Breitbart. 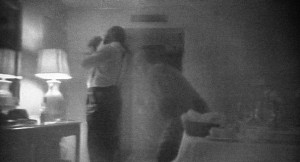 So I do not think that your good opinion of Anthony Weiner is actually likely to help him, Marion Barry. END_OF_DOCUMENT_TOKEN_TO_BE_REPLACED

Who knew that the New York Times Editorial Board consisted of masochists?

At some point, the full story of Anthony Weiner and his sexual relationships and texting habits will finally be told.

The NYT then went on to invite Anthony Weiner to pull out of the Mayor’s race. Hey, if he doesn’t do that and Weiner wins the Democratic nomination anyway, that means that the NYT will endorse the Republican, right?

I’m so dreadfully, dreadfully sorry no I’m not and that is the true horror of it all.

Epic RT @KateNocera: this guy in the background tho. pic.twitter.com/4wakVLJNqK

If this is not photoshopped x1000 by this time tomorrow the Internet has failed.

…including one that would probably get me in major hot water, and deservedly so.  Let us resist temptation:

Among registered Democrats, Mr. Weiner had 25% of the vote, compared with Ms. Quinn, who had 20%, marking her lowest level of support since polling of the race began. Trailing them were former Comptroller Bill Thompson, at 13%, Public Advocate Bill de Blasio, 10% and city Comptroller John Liu, 8%.

It’s gonna be a heck of a campaign. This is, like, going to give me free copy for months.

“Look, I made some big mistakes and I know I let a lot of people down,” Mr. Weiner said in an online video. “But I’ve also learned some tough lessons. I’m running for mayor because I’ve been fighting for the middle class and those struggling to make it my entire life. And I hope I get a second chance to work for you.”

I know, I know: the jokes write themselves: and they will be written, I assure you.  Buuuut here’s the problem, though: when it comes to the Democratic primary, Anthony Weiner’s probably the best of a bad bunch who could actually win.  And if he wins the primary then he’s in good shape to win the election, unless of course the New York GOP suddenly gets replaced with sinister android doubles secretly devoted to a master plan for world domination*.  In other words, I’m faced with a situation where I may have to sigh a lot and say Well, he’s better than either Bloomberg was, or Quinn would have been.

Which isn’t hard, of course.  I’d offer some advice along those lines to Weiner, except that I actually happen to despise the smug son of a bitch.

*Said plan would presumably involve the state GOP winning critical races in New York, which would at least make for a refreshing novelty.

I admit it, I admit it: I’m kind of conflicted, here.

Disgraced pol Anthony Weiner is potentially climbing back into politics after recently spending more than $100,000 on campaign consulting and polling — and sources tell Page Six that one person he’s looking to prove wrong about him is House Minority Leader Nancy Pelosi, who urged him to resign in 2011. “Weiner is still fuming over his downfall, and he blames Nancy Pelosi,” said a source. After Weiner’s sexting scandal, he announced he was going to get psychological treatment and take a leave from the House, but Pelosi released a statement calling for him to resign after he’d informed her of his plan to deal with the situation.

On the one hand, I don’t want to encourage anybody to think that they should be allowed to avoid responsibility for their own actions, which is what Anthony Weiner is trying to do here. On the other hand, pretty much everything can be ‘blamed’ on Nancy Pelosi, from why the Democrats didn’t take the House back to why FISA was reauthorized.  On the gripping hand, Nancy Pelosi was right.  If Weiner had tried to brazen it out he’d have lost anyway.

PS: The NY Post does so love its headlines.

I applaud the efforts of Democratic politicians to ensure that I never run out of things to write about.  Particularly if Weiner runs on an explicit campaign of Shaddap about my past bad life choices and I’ll shaddap about yours. I mean, after three terms of Nanny Bloomberg New Yorkers have no right to complain about how somebody’s mere candidacy is degrading the dignity of the office of Mayor of NYC.  The man tried to ban extra-large Cokes, people.

And New Yorkers let him do that.

Seriously.  What the [expletive deleted] were you people thinking, anyway?

We hear Anthony Weiner is testing the waters for another political run. Our headline writers couldn’t be happier nyp.st/T27fWO

*I quote Robin Williams: “When in doubt, go for the d*ck joke.” Which is not as good a life lesson as “Cocaine is God’s way of telling you that you’re making too much f*cking money,” but it’ll do.