You know.  That place with the hill?

Best known, of course, for his advocacy of (and eventual fall over) health care rationing, Sir Donald Berwick has modestly decided to run for Governor of Massachusetts:

“As a doctor, an educator, an innovator and someone who has dedicated his professional career to making things work better and to helping people – I am ready to lead,” the Newton Democrat said in a statement announcing his candidacy.

In other news, NSTAR announced likely lower rates for its Boston customers, thanks to new energy production estimates that take into account increased output from its new Granary Burying Ground facility.  Turns out that the kinetic energy that can be currently derived from Samuel Adams, John Hancock, James Otis, Robert Paine, and Paul Revere spinning in their graves is enough to power several turbines.

*No, he really was knighted.

PPS: I have been asked to note that “a statewide election featuring an architect of some of the most unpopular features of Obamacare ought to be a big honking signal in the sky for Scott Brown to enter this race.” …True, that: he should.

Most of the rest of this Time article on the looming Democratic problems with passing its health care rationing bill is kind of bland, but this: this is pure genius.

Barack Obama will no longer be able to stand on the sidelines and will have to declare his own position on many of the issues that have divided his party.

After all, his position is already well-known: the President will have turned out to have agreed all along with whatever bill makes it out of Congress for him to sign. As for showing leadership – what do you think this is, the Olympics? 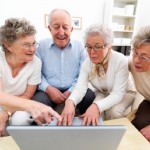 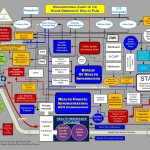