For the record: I actually know that this CERN human sacrifice video thing is, indeed, a fake. But if it wasn’t a fake, this is the way to do what the Esoterrorists RPG calls a veil-out:

END_OF_DOCUMENT_TOKEN_TO_BE_REPLACED 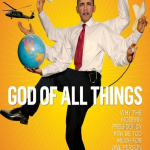 Via Drudge, which unaccountably fails to point out that Newsweek has casually declared the President to be in the process of destroying the universe itself.  This is undoubtedly the harshest criticism of Obama that I have seen all year, even inadvertently*.

Meanwhile, while looking for more on this topic, I came across this: 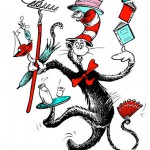 Wow.  I’m going to have to start reading The Cat in the Hat to my kid, again.  Who knew that it was an allegory for Nataraja?… and if the rest of the world did already know that, please make sure that I get those memos in the future, OK?

*Judging from the cover, the article associated with it will apparently try to argue that the job of the Presidency is too big for one man; which is of course the standard excuse that Democrats use when one of its Presidents has come down with a case of raging incompetence.