As much as it can be implemented at this point, of course.

Why Wait. We should have the House and Senate vote on President Obama’s tax hike on Tuesday before the president gives his SOS speech.

It would be interesting to see how many Democrats would actually vote for Obama’s tax hike.

At some point in 2017, the newly former President Barack Obama will be off doing something in public.  His Secret Service detail will, naturally enough, be attempting to secure whatever venue it is that the former President is visiting… and they will be told, in a very loud voice, to go start f*cking off now.  It may be by the owner of the site. It may be by a proprietor or shop-owner. It may just simply be a citizen or citizens; the point is, somebody is going to tell Barack Obama to go wait his goram turn like anybody else.  Because he’s never learned how to do that, and he’s certainly hasn’t been encouraged to over the last six years.

I don’t expect that incident to make the news, but I do hope that someone will have the mother-wit to have a camera running.

“I’ve always believed that it’s not an effective strategy to run against a president of your own party, unless you’ve been actively opposed to that president,” said David Axelrod, who was Obama’s top political strategist in his two presidential campaigns and a senior adviser in his White House. “You’re going to get tagged with it anyway.”

Particularly when running against said President is in direct contradiction to your own voting history.

[A] new issue of Congressional Quarterly brings fresh evidence that Senate Democrats have maintained a tight formation behind the president, even as his approval ratings have sunk. It analyzed the 120 Senate votes on which Obama has urged a “yes” or “no” this year, and found that the most vulnerable Democrats stood behind him a minimum of 96 percent of the time.

You end up pleasing nobody.

I hadn’t realized that the Democrats had realized that things were that bad: “Nervous that Democrats could lose control of the Senate, the White House is already discussing how to cut deals with a Republican majority.”  Sure, the article’s trying to argue that in 2016 Senators in Obama states would be desperate to make deals… because Barack Obama’s people are still retaining the almost-charming delusion that 2008/2012 Presidential results will be all that relevant in a 2016 election.  Tell that to Bob Schaffer, Jim Gilmore, Elizabeth Dole, and arguably Steve Pearce.

Then again, perhaps the Democrats in the White House haven’t worked out their potential new place in the world, yet: END_OF_DOCUMENT_TOKEN_TO_BE_REPLACED

Although basic honesty forces me to note that the picture might be worth something as memorabilia in about thirty, forty years.

Especially if everybody else also throws theirs out.

Some interesting articles out there on Obama, and his influence on various demographics.

But with two weeks until Election Day, the president’s diminished standing with women is quickly becoming one of the biggest liabilities facing Democrats as they struggle to hang onto the Senate majority.

END_OF_DOCUMENT_TOKEN_TO_BE_REPLACED

Pres. Obama departs 3rd and final fundraiser of the day. Now heading back to DC – rather than spend night in Westchester as orig planned.

And here are the two depressing things:

Barack Obama: a man who does not so much believe in being graded on a curve as he more or less demands it.

*Because God forbid that Barack Obama temporarily not fund-raise while there are bad things happening.

**Note: I am not saying that Obama’s behavior is good.  Just that it’s slightly better than what he was doing before.

But let me assure you, this isn’t some kind of sudden reversal of the natural order of things. Oh, my, no. This is a perfectly normal reaction to a President in the middle of a poor sixth year. Barack Obama ain’t nothing special.

END_OF_DOCUMENT_TOKEN_TO_BE_REPLACED 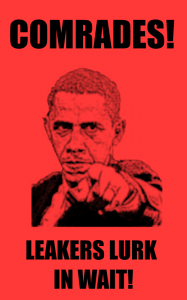 END_OF_DOCUMENT_TOKEN_TO_BE_REPLACED

:rolling eyes: Every time I think that we’ve exhausted the mine of Why the inability of a Democratic President to do anything is not a reflection upon him, somebody comes up with a new wrinkle.

In the last six weeks – the IRS story broke first on May 10 — those handful of stories have driven every other narrative out of the news headlines. That’s in spite of the Obama Administration’s attempts to shift the focus back to the ongoing immigration debate, jobs and the economy and the U.S.’ role in the world.

While you can debate the relative bad-ness of each of the stories for the White House, what’s not debatable is that everyone in the administration from President Obama on down has been driven by the news rather than driving it over these last weeks. That inability of even the President of the United States to push his preferred message on a given day/week/month points to a fundamental new reality of politics: The bully pulpit just ain’t what it used to be.