This is not appropriate language for a Senator’s office.

Jeff Bell happens to be the Republican nominee for US Senate in New Jersey: and Ms. Nichole Sessego’s ‘wholly inappropriate language’ (I am quoting the Cory Booker campaign) resulted in the staffer personally apologizing to Mr. Bell.  No word yet if Ms. Sessego has also apologized to the LGBT community for insinuating on her Senator’s behalf that there is something wrong with being gay, mostly because it’s understood that progressives, liberals, and/or Democrats can use whatever offensive language they like when they’re talking about Republicans.  Just one of those things, man: the insane speech codes the Left lives under has to have a pressure valve somewhere, and hate speech towards the Right is just something that our opposite numbers needs to keep from breaking under the strain like a rotten twig. END_OF_DOCUMENT_TOKEN_TO_BE_REPLACED

Oh, Cory. You don’t even live in Newark?

PPS: I know that people find this bizarre, but: I do miss many things about New Jersey. Especially the way people talk up there. You just can’t get good sarcasm down here; it’s like the pizza.

See, Buzzfeed, that’s how you subtly get the point across while still warning your readers about the pictures of perky, naked breasts that can be found at this link.

END_OF_DOCUMENT_TOKEN_TO_BE_REPLACED 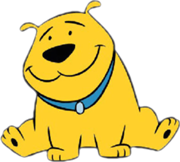 …Oh, Cory.  I really am disappointed in the man; it’s such an easy error to avoid. END_OF_DOCUMENT_TOKEN_TO_BE_REPLACED

Yeah, they had them yesterday.

Obviously, I want the Republican candidate to win – any Republican over any Democrat is my default reaction – but it’s going to be interesting to see how much help Steve Lonegan will actively try to get out of Republican New Jersey governor Chris Christie. They, ah, have a bit of a history.

Yes, I know: that is a remarkably bloodless way of putting it,  First, do no harm is also something that I try to default to.

Frank Lautenberg’s staff (who are apparently quite peeved that Mayor Booker wishes to throw them out of their comfy Senate gig) even went to the trouble of remotely activating their boss’s rhetoric emulator to get that ‘personal’ touch.

Sen. Frank Lautenberg, who might face a 2014 primary challenge from Newark Mayor Cory Booker, said his fellow Democrat is “entitled” to run if he chooses to but suggested that he had to give a “spanking” to his potential rival for so openly coveting his seat.

“I have four children, I love each one of them. I can’t tell (you) that one of them wasn’t occasionally disrespectful, so I gave them a spanking and everything was OK,” Lautenberg said with a smile in his first public comments since Booker announced he was considering a run for Senate.

END_OF_DOCUMENT_TOKEN_TO_BE_REPLACED

Although I think that it’s cute that BuzzFeed is pretending that it’s the Senator himself who is upset.

The party is also faced with the uncomfortable dynamic Booker’s Senate race has created surrounding Sen. Frank Lautenberg, one of the most respected, storied figures in the state’s political history, who also happens to be 88 years old and hell bent on staying in office — or at least retiring on his own terms.

Although Lautenberg would be 90 years old in 2014, running a re-election bid for a six-year term, he has not publicly indicated even the impression that he wants to retire.

It looks like there might be a highly entertaining two-or-three-way brawl in the primary between Cory Booker, Frank Lautenberg’s staff, and Rep. Frank Pallone (who is probably muttering in his beer about upstarts and show horses right now). Which is fine by me: a bloodied and battered Frank Lautenberg’s staff as the nominal winner of the 2014 New Jersey Democratic primary might be very handy indeed…

Well, I’m not going to pretend that Lautenberg is running the show.

Anyway, it’s official: Newark mayor Cory Booker will avoid losing to Chris Christie in next year’s gubernatorial election, and instead go after the increasingly comatose Frank Lautenberg’s Senate seat.  Via the National Journal: “I will explore the possibility of running for The United States Senate in 2014.”  I can’t say that I’m surprised: my mom’s a hardcore liberal Democrat and SHE’S voting for Christie next year.  Mayor Booker’s under no obligation to walk into the buzzsaw on this one.

As to whether Booker will win… well, if Lautenberg’s staff wants to make a fight of it they’ll be tougher to beat than people will give them credit for.  Add to that the minor detail that white Democrats tend to not vote for black ones in statewide primaries* and you’re looking at possibly a surprisingly competitive primary.

*Hey, you know what would solve that problem?  Cory Booker could switch parties!  After all, we have cookies.

Via Instapundit. Now, it must be noted; Cory Booker did succumb to a moment of weakness, here. The GOP will forgive much, but we can’t abide cowardice; so if the mayor wishes to switch parties then he’s going to have to reassure on that point. But I don’t believe in letting one ohsh*t overshadow a bunch of attaboys. At least, not when I can maybe recruit from the Other Side.

According to the website PolitickerNJ, Anne Torres, communications director for Newark, N.J. Mayor Cory Booker, is resigning amid a conflict following his highly publicized appearance on Meet The Press last week.

Command takes responsibility.  I expect better from Mayor Booker; it would be a pity if I have to change the tense of that verb.