He was one of our better poets. I’m not actually joking here. I would like to write a poem that was this good. My condolences and prayers to his family and loved ones.

END_OF_DOCUMENT_TOKEN_TO_BE_REPLACED

I got tipped to this by an alert reader a few days ago… and only now saw the email, because it happens that way sometimes and I blame the blizzard.  Anyway: Donald Rumsfeld has a game app out: Churchill Solitaire.  It’s apparently based on a game that Winston Churchill came up with, the better to challenge his thinking. I’ll let you know how it plays once my iPod finishes its software update, assuming that people don’t inexplicably manage to get the game yanked from the Apple Store before then.  I say ‘inexplicably’ not because I don’t understand what I will charitably call their ‘reasoning;’ I say ‘inexplicably’ because you’d think that those people would have found new meaning for their lives by now…

One of the best and funniest things about Donald Rumsfeld is that rarely have I met a man who visibly cared less about the spittle-fleck hatred of his detractors.

END_OF_DOCUMENT_TOKEN_TO_BE_REPLACED 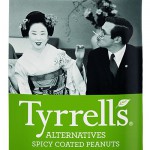 …and it is my devout hope that someday my mere existence will be as annoying to the Activist Left as Donald Rumsfeld’s is.  To answer the question“Why Is Donald Rumsfeld on This Package of Spicy Peanuts?”… because apparently Tyrell’s felt like putting a picture of it on said package of spicy peanuts.  I suggest that Time, well, deal with it.

Not much to add, except that you could downright taste how miffed the author was that the various folks involved with former Secretary Rumsfeld pretty much chuckled over the whole thing.  I’ve never talked to the man directly – I wouldn’t mind interviewing him – but I understand that Rumsfeld’s quite aware of how he had a somewhat unique pop culture presence in the last administration.  This is just more of the same, man.

I love these stories: even through the third-person prose of the news article you can get a taste of the baffled anger and hate that rolls off of these people like a physical funk*.  This wasn’t what they signed up for, you understand.  The antiwar freaks were promised that their desires would be fulfilled.  They were told that they would see Bush administration officials in jail… and now they can’t even do citizen arrests.  They get arrested!  While THAT MAN walks past them as if they weren’t even there!  Like the antiwar movement doesn’t even matter!

Which it doesn’t, of course.

Hey, line of the day:

Police said one protester was arrested outside for assaulting a cop with a bullhorn.

I really hope that just meant that the cop was yelled at through the bullhorn.  Actual swinging at a police officer seems a bit… confrontational.  Well, maybe the cop wasn’t a Caucasian male; your average antiwar protester has a real problem with seeing nonwhites in the way as being, well, real.  And God help you if you’re simultaneously a: nonwhite female; and inconvenient to that crowd…

I was sympathetic to Peggy going into this more-in-sorrow-than-in-anger evisceration by Victoria Coates over the former’s reaction to Donald Rumsfeld’s Known and Unknown – my major problem with Noonan’s stuff was that the shtick of “Let us lose ourselves in memories of those wonderful, lost days of Reaganus Augustus as the barbarians pour over the wall” – but not particularly sympathetic after reading it.  There is something sad and embarrassing about seeing Noonan be upset that her historical narrative – and Bob Woodward’s, which is not actually a threat to Noonan’s – does not measure up to Donald Rumsfeld’s thoroughly documented and referenced account of the same time period.  Sad, embarrassing, and more than a little unpleasant.

Then, Victoria’s a friend of mine, so what do I know?

…on microfinance over at his site. Obviously, I’ve listened to it a couple of times (I gave Pejman as much of a hand with the audio editing as I could): it’s good stuff, and about a topic that doesn’t often get talked about with regard to Rumsfeld. Check it out.

Known and Unknown: A Memoir is, obviously, the new book coming out next month by former Secretary of Defense Donald Rumsfeld.  Apropos of nothing in particular, the title made my (much less political) wife laugh in appreciation of its wittiness – or cheekiness – which gives me some hope that the text will be as good.  It certainly will make the Usual Suspects start screaming…

And thus, The Arrival… departs.

While the exceptionally sad and silly nature of the organized antiwar movement is of course obvious to anyone with a functional notochord, it’s not as common to see their favorite political pornographers sink to their level.  After all, said pornographers are self-aware parasites – and as such are almost required to be smarter than their victims.  But every so often you encounter one who forgets the first rule of the successful drug dealer: Don’t sample your own merchandise – and they get hooked.

END_OF_DOCUMENT_TOKEN_TO_BE_REPLACED

Walking through this one:

All of this is context for the response from Rumsfeld’s office:

This looseness with the facts seems to be a pattern in the current administration’s efforts to blame their challenges on their predecessors.  Nearly one year into this administration, that approach is wearing thin.

My only quibble with that is the use of the phrase  ‘wearing thin.’  It wore bare months ago.

Full statement after the fold. END_OF_DOCUMENT_TOKEN_TO_BE_REPLACED