They’re coming to get Harry Reid.

Harry Reid’s reelection is more than two years off, but the Koch brothers’ political machine is already methodically laying the groundwork that will be used to try to take him out.

The efforts in recent months have been largely subterranean, but they are unmistakable. A handful of nonprofit groups in the vast political network helmed by allies of the conservative billionaires Charles and David Koch have established or expanded permanent ground operations in Reid’s backyard. Focused on wooing key demographics like Latinos and veterans, they’ve also paid for ads assailing the Senate Democratic leader.

Basically, it boils down to this: nobody loves the Senate Majority Leader, and if Reid runs for re-election in 2016 he’s undoubtedly going to be facing Brian Sandoval, the very popular and term-limited Republican Governor of Nevada. That combination of a horde of enemies and a top-shelf candidate has gotten the Reid machine rattled, although they’d rather chew broken class than admit it.  Since Harry Reid is currently polling remarkably badly against Sandoval, the efforts for 2016 have already taken on the aspect of a hastily-built firewall.  For one thing, Harry Reid has already hamstrung the Democratic candidate for governor and thrown him to the wolves: END_OF_DOCUMENT_TOKEN_TO_BE_REPLACED

Also, Reid on the Koch brothers: "If they think Romney was watched closely by me, that’s nothing compared to what it’s going to be like." 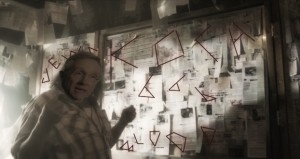 PS: I know, I know. But this is how I get better at photoshopping: learning by doing.

“Right now, as we speak, a concerted effort to undermine the VA,” [Bernie Sanders] said. “What are the problems? The problems are, is, that all of these are large, governmental institutions and you have folks out there now, Koch Brothers and others, who want to radically change the nature of society, and either make major cuts in all of these institutions, or maybe do away with them entirely.”

And here I thought that the problem is that the VA was covering up the fact that veterans were being denied timely care, and in some cases fatally so.  Silly me: I should have realized that it was all a right-wing plot.  And you just know that next they’ll be spying on Bernie Sanders! Spyin’ on him with RAYS!

PS: Bernie Sanders is the chair of the Veterans Affairs committee.

Did you really think that people wouldn’t go looking, Chuck? 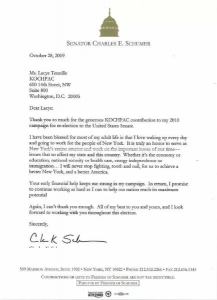 END_OF_DOCUMENT_TOKEN_TO_BE_REPLACED

“The Supreme Court today just accentuated what they did on Citizens United, which is a decision that is one of the worst decisions in the history of that court,” Reid said during a press conference on raising the minimum wage. “All it does is take away people’s rights because, as you know, the Koch brothers are trying to buy America.”

Bolding mine.  It is a measure of just how surreal the whole situation is that most people still weren’t ready to immediately believe that Harry Reid would start babbling about the Koch brothers buying America*. If you are a Reid staffer, take my sincere advice: get your boss to his doctor for a check-up.  Fast.

*Almost a shame that they won’t; God knows nobody in the Democratic party apparently knows how to do a budget properly.

Wow, but Wonkblog has gone downhill since Ezra Klein left….

Yeah, I’m shocked to write that, too.

Depressing. Say what you like about Ezra Klein, but at least he has some self-respect.

*I am absolutely certain that I could find somebody who would be willing to assure me that of course Barack Obama castrates sheep, particularly if I promised to not directly reference that assurance.

Because that’s the endgame.

Reid tied the billionaire brothers who have bankrolled conservative causes to GOP demands that language delaying the Internal Revenue Service’s regulation of non-profit political advocacy groups be added to the Ukraine package.

That’s where conspiracy theorists always end up. Eventually, they just come out and say It’s all because of the Jooooooos and then we have to kind of… shuffle the sufferer over to the fringes of polite society. It’s really a tragedy when it happens, of course.  Even the most miserable human being is a child of God.

Heh.  I remember when it was Rupert Murdoch that the Democrats all hated…

A former chairman of the Federal Communications Commission said rules limiting common ownership of newspapers and television stations in the same market should be gutted — even if it clears the way for media mogul Rupert Murdoch to control more news outlets including the Los Angeles Times.

Reed Hundt, Democratic chairman of the FCC during much of the Clinton administration and a self-confessed progressive, said in a speech Wednesday at UCLA that the long-standing rule is “perverse” and needs to be thrown out.

END_OF_DOCUMENT_TOKEN_TO_BE_REPLACED

It’s apparently freaking the right sort of people out.

Let me show you the following quotes from this USA Today article by Michael Wolff on the Koch brothers’ rumored desire to buy them some print newspapers. See if you can spot the internal contradictions: all bolding mine.