If only I thought that this administration had the mother-wit to make it. 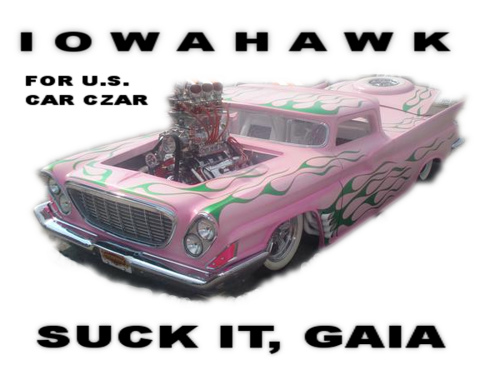 PS: Scott Ott of Scrappleface is running for office. No joke: he’s running for Lehigh County Executive. And he could use your help.

Well, not really. Not at all, in fact. Via Little Miss Attila:

Please do not touch the bureaucrats 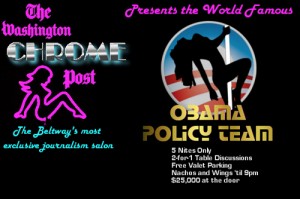 Katherine Weymouth
Hey fellas, after a hard week lobbying down on K Street, we know what you want. When the sun goes down on the capitol dome, you want to kick off those white shoes and get comfortable with the Beltway’s hottest journalists and public policy analysts. And they’re all waiting for you at the Washington Chrome Post.

But still: he makes this look all too easy, sometimes.

It was a tie for me between the B-17 and the Spitfire – I’m a sentimentalist – but in the end, it was Iowahawk’s contest, and his criteria:

Yet, neither of those yardsticks captures the true spirit of the Cruise, which is really about attitude. It’s that menacing glimmer that warns Gaia: my pimp hand is strong. The sassy insouciance that invites the moralist biddies and prim religious scolds of the green movement to Kiss. My. Ass.

(H/T: Cynthia Yockey*)  Iowahawk has brought back something from the archives:

END_OF_DOCUMENT_TOKEN_TO_BE_REPLACED

The Chu hobo kerfuffle was the latest in a week-long series of Obama administration personnel imbroglis that have led to 36 White House resignations. Former HHS Secretary Tom Daschle and Chief Performance Officer Nancy Killefer saw their tenures cut short over tax issues, which continue to dog Treasury Secretary Timothy Geithner. Geithner is also dogged over dogs, after his failure to report over $14,000 in income from his backyard pitbull fight business. An earlier federal grand jury probe over an alleged 12-state outlaw motorcycle gang methamphetamine network forced Commerce Secretary designate Bill Richardson to resign before Mr.Obama’s inauguration. Labor Secretary Hilda Solis faces continued scrutiny over late taxes, lobbying, and involvement in a Tijuana car theft ring, while National Security advisor Samantha Power has received GOP criticism over her 2006 volunteer work as a sniper for the Taliban. Her boss, Secretary of State Hillary Clinton, has yet to deliver a promised ‘full explanation’ after police discovered 11 Laotian prostitutes caged in the garage of her Chappaqua NY home. Agriculture Secretary Tom Vilsack faces increasing questions over his one-time membership in an all-white golf and satanic baby snatching club. Last week Mr. Obama was forced to amend an earlier executive order banning lobbyist from administration jobs after news reports identified over a dozen members of his team who previously, or currently, lobbied on behalf of Raytheon, General Dynamics, the UAW, Church of Scientology, the Crips, ACORN, SPECTRE, Friends of Ebola, North Korea, Coalition for a Human-Free Planet, and MSNBC. The revised executive order, which requires Executive Branch employees to limit lobbying to lunch breaks, is expected to be revised again before the week.

END_OF_DOCUMENT_TOKEN_TO_BE_REPLACED

Demotivator + Iowahawk’s It Takes a Proverb to Run a Village = 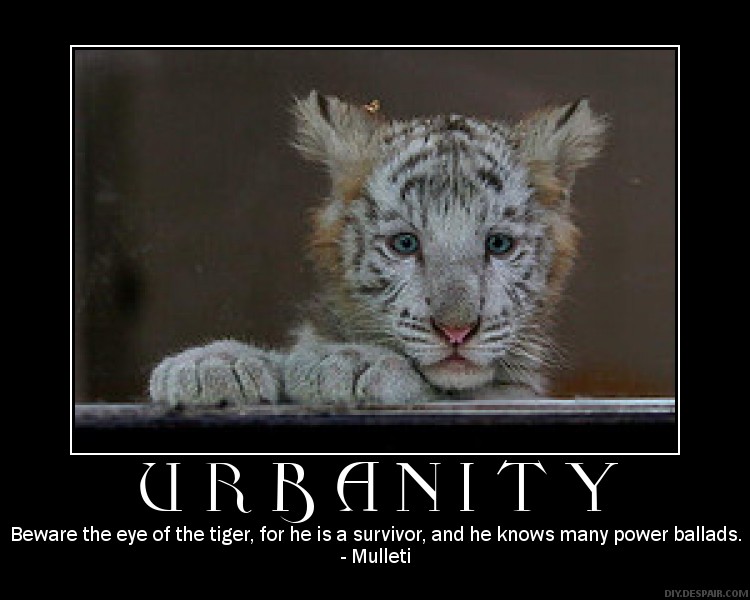