For those who don’t know – lucky you – “Trig Troofers” are people who believe that former Governor Sarah Palin did not actually give birth to her son Trig Palin; they instead believe that the child is Bristol Palin’s, despite the fact that Ms. Palin herself had a child at about the same time*.  This has thus become a particularly bizarre conspiracy theory, on the level of the ‘we faked the Apollo moon landing:’ it will elevate (or descend) to the level of 9/11 conspiracy theorizing once the Online Left figures out how Sarah Palin’s uterus relates to the International Zionist Conspiracy.

I mention all of this because I wanted to make it clear that people who believe this nonsense are crazy.  And apparently some of them are riddled through the ranks of the leading liberal magazine The American Prospect.  Which means that there are people at TAP who are crazy. END_OF_DOCUMENT_TOKEN_TO_BE_REPLACED

Ace of AoSHQ notes something that I’ve noticed myself:

You know, for the left’s constant blather about “The Other” (an idea with merit, I think), they sure the hell are oblivious to their constant Otherizing of others, aren’t they? You’d think that people who never shut the f[*]ck up about Otherizing the Otherish Others would once in a while realize, “Hey, you know what? I think I’m indulging in a little Class-A Otherification here myself.”

It’s in response to the latest round Journolist leaks**, which are going to be hurting people’s careers for a long, long time to come.  Oh, maybe not the people who want to work in places like The Nation and/or Mother Jones; hating conservatives openly is perfectly fine there.  But the arguably more mainstream media organizations expect a bit more discretion in their workers… which is the hidden reason for Journolist.  Ezra Klein was providing a service to his Lefty colleagues in the media, you see: a place where they could safely go and yell about all the things that they had to keep silent about in public because the average American just wasn’t ready to understand the truth, yet.  Think of him as a… well, as a rather specialized bawd***.

And it looks like somebody else now owns Ezra’s client list.  Worse: it looks like somebody else bought Ezra’s client list.  The distinction is perhaps minor to people who are now worrying if the next revelation is going to make either their professional or personal lives more awkward, but it’s real.  After all: if they have a traitor in their midst, how can they be certain that he or she won’t follow them along to Journolist v2.0?

END_OF_DOCUMENT_TOKEN_TO_BE_REPLACED

“One day, Spencer Ackerman will walk into a bar where Fred Barnes is having a drink. A tumbleweed will roll by outside.”

Oh, man, I would pay money to see that.

This is probably not going to be a good week for people affiliated with the Journolist. 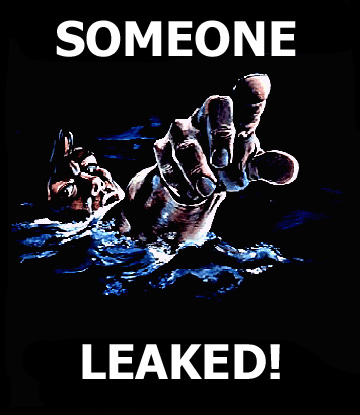 Not that I have confirmation of that, by the way.  Although if somebody would happen to have the archives, I wouldn’t mind seeing, oh, any random details about what those guys were saying about RedState (I sincerely doubt that I was ever personally subject to their ire, more’s the pity).

I believe that it was Tom Clancy who noted that (back in the Cold War era, at least) the CIA was always prepared to spend real money when purchasing treason. Apparently, would-be agents simply assumed that the decadent capitalist Western spy agency would offer money as a matter of course, and the CIA didn’t argue with them; it wasn’t as if Communist subjects ever had a really good idea of what the actual market value was for the intelligence that they were selling, and the American public at the time wasn’t really inclined to quibble. Or even care. And so we paid, if not top dollar, more than most for useful information.

I mention this because Andrew Breitbart decided to have him some fun:

I’ve had $100,000 burning in my pocket for the last three months and I’d really like to spend it on a worthy cause. So how about this: in the interests of journalistic transparency, and to offer the American public a unique insight in the workings of the Democrat-Media Complex, I’m offering $100,000 for the full “JournoList” archive, source fully protected. Now there’s an offer somebody can’t refuse.

That is, unquestionably, the most diabolically clever thing that I’ve seen all week. And I’m preemptively including the rest of this week, too: this will be hard to top.

[UPDATE] I’ve been reminded that this isn’t the first time that Ezra Klein has made inconvenient records kinda-sorta go away.  This is a particularly good one: I wonder if anybody told the WaPo that they got themselves somebody who did some neoconservativism, back in the day?

I say ‘gone‘ because there’s a 90% chance that they’ll just bring it back, after they get rid of who they think that the leak is.  Nice of Ezra Klein to shaft his good buddy Dave Weigel on the way out by explicitly admitting that Klein wouldn’t let anybody on the Right onto JournoList in the first place, but that’s the Online Left for you.  You ain’t with them all the way, you ain’t worth nothing to them.

Because until they do, posts like this one by Tom Maguire will be trivially easy to write. And impossible to defend against.

The fact that Mickey Kaus isn’t on that list pretty much tells you everything that you need to know about it.

I can’t even say that I’m surprised. Mickey’s just too heretical a Democrat for a Journolistie-type to really trust, you know what I mean?